These two words are enough. Taken from the TV series True Blood, Mr. Northman does not show his true colours until season five. But he makes the waiting worthwhile. And here's a friendship book with him.
I started making this in January. This is the front of the fb, too shiny I think, but once in a while it's not a crime. 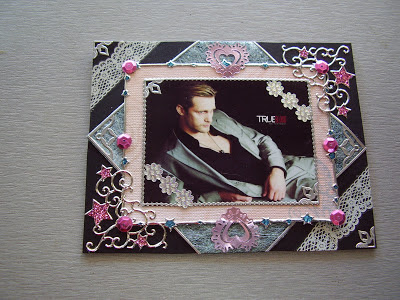 Three weeks and two dead cats later, I managed to finish the back. The cats dying did not help. Never before have I been mulling over a single fb for almost a month. And taking so long to finish the back side only meant I decorated it with the painstaking attention I usually show when making the front of an fb. The brain got confused and went, "ooooh, we're making a new fb now aren't we?" The result was this. 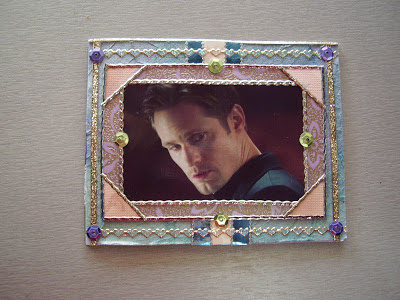 The front was made while I watched episodes from the first season of 'Dexter'. :) The other bits, I do not remember what I was doing. :P Flying on a broomstick most likely. :D
Posted by Elizabeth Vasilaki at 02:56 1 comment: