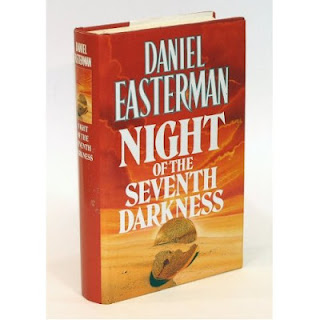 When I am having a bad day (or week, in some cases) I resort to reading. So I got this one last night in the hope I'll escape for a few hours. Haitian painter Angelina returns home in Brooklyn after three months in Africa, only to discover that her house has been used in a Voodoo ritual. Well, I said to myself, there you are. The reviews on the back were good, but that actually means nothing. I've read award-winning books with superb reviews and have been disappointed, so I guess reviews and awards are just some kind of elaborate ritual to pay back favours and promote.

This is such a bad book.
First of all, the female protagonist is living in some kind of depressive mental haze. Page after page I kept reading how depressed she was, how lost, how nothing made sense. Too much of the same thing is not wonderful, especially when the character traits in the beginning do not justify her actions later on or at the ending of the book. It felt like the author added actions randomly, according to what he needed to advance the plot, but that merely creates a bad book with schizophrenic characters and nothing more.

Secondly, the plot was another confusing mixture of unrelated themes. Marrying the occult with political intrigue and conspiracies and dictatorship and mystical passages and assassinations and the angst of being coloured and Jewish... please NO. You have to decide early on if this book is an (auto)biography, fiction, an adventure focusing on the occult, or political conspiracies, or the existence of dictatorship in some parts of the world. Not all of them together. It's like a salad with tuna, strawberries, chili, cream, melon and sardines. That's what if felt like. From a point onward I was no longer reading, just flipping pages to see where it headed, because it did not make sense anymore. Characters appeared just to highlight an opinion the writer had on something, characters changed or continued towards a direction that did not agree with their principles or make sense just so that the plot could advance. And the end effectively demonised the female protagonist but nowhere throughout the book did I see any hints or clues towards that direction, which merely suggested it was a sudden choice to give an impressive ending.

It is a pity, because there was such promise in the beginning, and the writing style is good. The visual part is alive, the atmosphere of horror at the start very convincing. I just wish the author would continue towards the voodoo story and leave political intrigue out. Or involve it less. That would have made a much better and consistent book. Or that's how I felt. Oh well, there are always more books to read...
Posted by Elizabeth Vasilaki at 02:48

Email ThisBlogThis!Share to TwitterShare to FacebookShare to Pinterest
Labels: Books: Night of the Seventh Darkness